Representing victims of catastrophic medical negligence in Los Angeles and beyond

When you or a family member are ill, injured, or need medical assistance, you are dependent on your doctors, nurses, therapists, hospitals, and the medical community to help you. The vast majority of these healers live up to your trust. Some do not, and you are left to live with the consequences of their negligence or intentional wrongdoing. The California medical malpractice attorneys of Heimberg Barr LLP can provide the critical and timely support you need, when you need it. Contact the firm to schedule your free consultation today.

Preventable medical errors are a leading cause of death and injury

In 2016, experts at Johns Hopkins Medicine “calculated that more than 250,000 deaths per year are due to medical errors in the U.S.,” making it the third leading cause of death in this country. Diagnostic errors, along with medical mistakes and a failing “safety net,” are the leading contributors to these deaths, which account for about 9.5% of all deaths each year.

Number of preventable
hospitalizations in California: 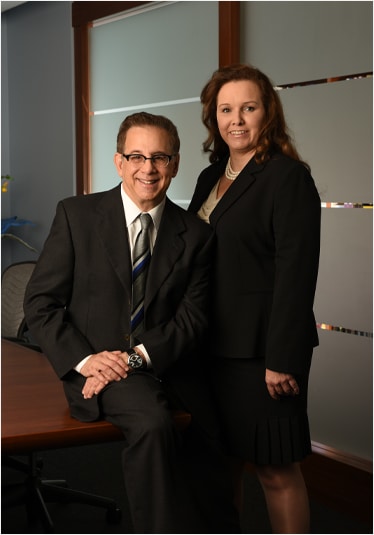 The law recognizes that a medical professional can make an error. However, a medical mistake becomes medical malpractice whenever the care of a patient falls below accepted community standards and causes a patient’s injury or death.

As a medical doctor and an attorney, firm founder Steven Heimberg has extensive knowledge of both medicine and the law, bringing far more to the table than typical medical malpractice attorneys. The team at Heimberg Barr LLP represents catastrophically injured clients and their families in claims related to:

Thanks to modern medicine, birth is a lot safer now for both mother and baby. However, it is not an easy process, and many infants suffer serious injuries at birth that could have been prevented had the attending doctors and nurses provided the accepted standard of care. When the infant’s brain is deprived of oxygen and essential nutrients during labor and delivery as a result of a medical error, it can have long-term consequences for the child and the entire family.

In a recent Mayo Clinic study, researchers found that more than 20 percent of the patients who sought a second opinion at the Mayo Clinic had been initially misdiagnosed, and another 66 percent required some changes to their initial diagnoses. Misdiagnoses and delayed diagnoses can rob you of the opportunity to treat the disease in its earliest stages or can lead to incorrect treatment or absence of necessary treatment. If you are harmed as a result, there is legal recourse, and you may have grounds for a legal action for medical negligence.

Every part of surgery comes with risks. However, if the adverse outcome to the surgery was caused by negligence, the injured patient may have grounds for a medical malpractice lawsuit.

Surgical mistakes can cause life-altering injuries or even death. If your surgeon caused you harm because he or she was operating on more than one patient at a time, was fatigued, intoxicated, or otherwise impaired, or was inattentive for any reason and erred during surgery causing you harm, you could be entitled to damages for your injuries. Aside from “never events,” such as operating on the wrong body part (or the wrong person), some of the most catastrophic injuries are caused by failure to properly perform or supervise the procedure, properly intubate the patient, and properly monitor the patient post-surgery. Preventable errors such as these can lead to permanent injuries: paralysis and spinal cord injury, brain damage, nerve damage, death, and other serious and life-long traumas.

Filing a lawsuit can never bring back a loved one who has died because of someone else’s negligence or wrongdoing. It can serve to hold responsible parties accountable and relieve financial hardships for those who are left behind.

“Do I have a medical malpractice claim?”

Proving medical malpractice is a multi-step process. To succeed, the plaintiff must prove:

California’s deadlines for filing a medical malpractice claim are complex, and your claim may be forever barred if it is not filed in a timely manner. The best choice you can make is calling an attorney as soon as you believe that you or your loved one has been wrongly hurt and schedule a consultation. The attorneys at Heimberg Barr LLP will work with you, even visit clients who are too sick or too injured to travel.

Heimberg Barr LLP routinely works with clients and families who suffer millions of dollars of damages. Often, the injuries are so severe that they will never truly heal and will require attendant care, medical treatment, and therapies for the rest of their lives. These crippling medical expenses, paired with their loss of income (and loss of future earning potential), create a financial burden that virtually no one is prepared to carry alone.

Senior Partner Steven Heimberg is a medical doctor and a trial attorney. This provides numerous advantages in courtrooms and during settlement negotiations, including:

Dr. Heimberg has also repeatedly received the highest accolades for his accomplishments in the field

Partner Marsha Barr-Fernandez is an award-winning trial attorney who has dedicated her entire career to plaintiff’s work. With more than 20 years of litigation experience, Ms. Barr-Fernandez is intimately involved with every case and client and has secured hundreds of millions of dollars in recovery for her clients, earning the respect of her peers, colleagues, the legal community and above all, her clients. For her tireless work, Ms. Barr-Fernandez has been selected as National Trial Lawyers Top 100 and a Super Lawyer by Los Angeles Magazine for 5 straight years.

Dr. Heimberg and Ms. Barr-Fernandez’s training and experiences make them uniquely qualified to assess clients’ damages and to present their claims in a way that is easy to understand and difficult to deny.

Heimberg Barr LLP was honored as the #1 Medical Malpractice law firm in the US by The National Law Journal, the only California-based firm ever to be so honored. It was also recognized repeatedly as Top Tier in both Medical Malpractice and Personal Injury fields by the US News & World Reports and Best Lawyers, one of only a few select California firms to hold that distinction. That Heimberg Barr LLP is set apart from the rest is beyond dispute.

Making a difference in case law in California

Medical malpractice claims can be made against doctors, nurses, midwives, therapists, chiropractors, technicians, HMOs, hospitals, clinics, and other medical businesses.

Since the Medical Injury Compensation Reform Act of 1975 (MICRA) was enacted in California in large part to protect healthcare professionals from claims by persons injured by their conduct, Heimberg Barr LLP has been advocating in the Courts to lessen the impact of MICRA. Landmark changes in medical cases engineered by Heimberg Barr LLP include:

Why you need a Los Angeles medical malpractice lawyer

You not only deserve to be compensated for your pain and suffering and the loss of enjoyment of life but, most importantly, you deserve to be free from your new financial hardships. You may no longer be able to work to support yourself and your family, to pay for your mounting medical bills, or afford the extra costs of hiring help to do what you can no longer do around the house. Obtaining a just payment is often critical to your and your family’s future.

Yet, in most cases, you will face an army of lawyers, backed by an insurance company and the resources of a mega-corporation, fighting to avoid paying you the money you desperately need. In other words, their whole focus is to avoid claims or to settle with you for the lowest amount of money possible.

Hospitals, clinics, and doctors have insurance or other resources which provides them with attorneys whose job it is to protect them from having to pay for their negligence. You deserve a team of Los Angeles medical malpractice attorneys who will demand that they do.

If you think you or a family member is a victim of medical malpractice, work with a law firm with a history of success and caring. Heimberg Barr LLP offers comprehensive counsel to catastrophically injured clients throughout California. To schedule a free consultation, please call us in Los Angeles at (213) 213-1500 or fill out this contact form.